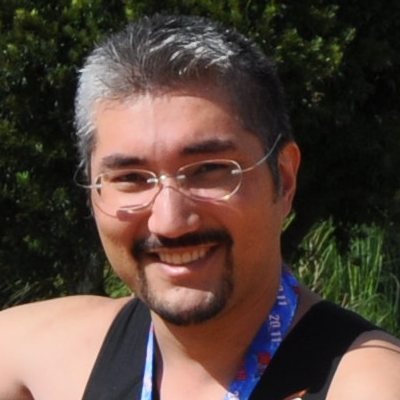 Born 1979, on South Korean soil as an American citizen to US Army parents, John moved a lot with his family, eventually spending much of his youth in Washington State.

After meeting his wife Jane, he moved to California, where he soon became employed as a professional software developer for a company in Canoga Park, CA known as Cyberspace Headquarters, LLC. Working there several years, he progressed from the lowly new guy to Lead Software Developer, in charge of two, or sometimes three other software developers as well as off-shore development projects. The economic down-turn for IT companies post-911 eventually took it’s toll, and John looked elsewhere for employment, and also moving with his wife further out of the city.

Now in rural Northern Los Angeles County, John took some teaching opportunities, and also, a short term employ for a Simi Valley factory looking to improve worker efficiencies. Soon, an opening in the City of Los Angeles for a contract Software developer made it’s way to his ears, he interviewed, and started work.

In the housing boom from 2002-2006, it had already been very clear that Southern California’s bubble was about to burst. John and Jane sold their home in favor of moving to Lake Royale, where he continued to work for the City of Los Angeles telecommute.

After working for the City of Los Angeles, he started working at CareAnyware doing healthcare related software for home health, and hospice. Some time later, CareAnyware was acquired by Brightree.

Continuing to work at Brightree for some time, John later joined with Acupera. Here, he continues to work on healthcare for large hospital systems who use the software as a service care management systems.

In recent days, John is seeking out projects and teams to meaningfully improve a billion lives through providing actionable insights of ridiculously large datasets. In addition, hobbies such as endurance races (marathons, triathlons), strength training, machine learning, drones, and microcontroller electronics account for the majority of his time.

Thank you for visiting my personal site.