WGA – Ever Wonder What Is Collected?

I have received for review the IP KVM switch called freeView IP 100 (KVM-01IA) made by Freedom9.

This switch is a single port IP KVM switch which means you can control the computer over the Internet or your local network even during the BIOS and CMOS settings screens.

In a home setting attaching a monitor to your computer may seem inconvenient but not out of the question. However, in some data center type settings or where the servers or computers may be too remote to easily do this the IP KVM may be an ideal solution for that kind of a situation. There’s not much that can compare to the frustration of working with a computer that has been working for many months or years and then suddenly was not work and your remote screen tools or desktop tools will not allow you to access it because the computer won’t boot and you won’t be able to see what’s on the screen. No longer will you be victim to a remote machine stuck at a “Press F1 to continue” screen!

In an ideal world your video, keyboard, and mouse would all be abstracted to the level that remoting them over TCP/IP would be a relatively easy thing and would even be built into modern computers. Until this utopian world appears products like IP KVM switches will always have an audience. 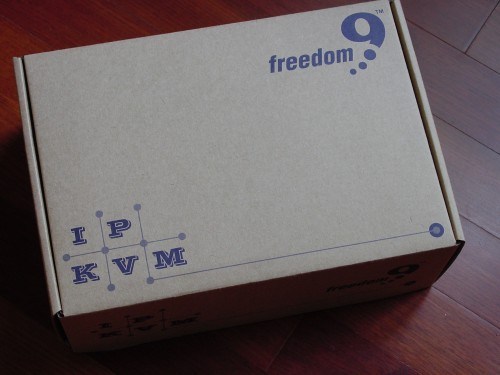 Inside the box the contents are rather well packed. The main unit sits between a sandwich of foam. 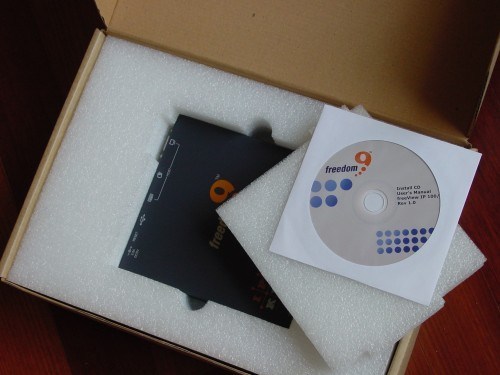 You may notice that there is no printed manual the manual exists only in electronic form on the CD. 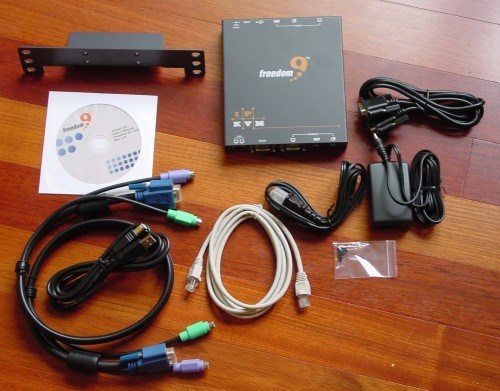 Close observation of the KVM switch shows that there is not only a connection for the host computer but also the console which means that you will not sacrifice your keyboard monitor and mouse access if you need access at the actual machine using the standard method.

The following files are found on the CD which accompanies the product in the box.

Additionally this product is not bundled with any PDF readers you will need to download one from the Internet.

The following is a table of the supported video modes.

The manual also contains the following warning, “Do not use custom video settings besides that are not listed in the following table. Otherwise the freeView IP 100 may not be able to detect them.”

A highlight of features as they stood out to me:

I will spare you from a complete copy/paste of the manual, but it is available from the support site.

The manual lacks quality control, but is packed full of useful, and reasonably documented procedures. Some areas with limited documentation are the modem connection ability, and the telnet pass-through to an RS-232 capable switch.

From reviewing the documentation it appears this documentation was originally created in German, and translated. The translation went well, but there are some minor loose ends like cancel buttons which still had German on them. 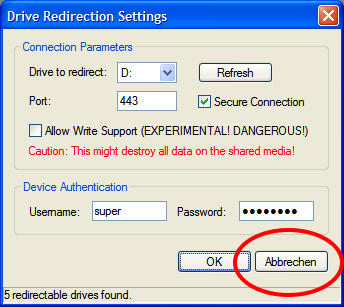 The process of removing the product from the box was enjoyable. It was a product which looked like someone cared enough to package it well. Reading over the documentation was somewhat exciting as the potential of the product become apparent. The excitement stopped there.

Problem #1 – after first connecting the product, and testing it out, I had the control window open, and went to do some other things. When I got back, there was an error which at first seemed like the product would not accept connections. After rebooting my client computer, it connected, which was a relief since it shows the product was in the client software.

Problem #2 – the default firmware on the product would not access any pre-OS screens, including startup, press any key to boot from CD, etc. This for me is a major deal breaker.

Problem #3 – the firmware is the latest already which bodes ill news.

Problem #4 – Auto-adjust seems to work less wonderfully than the name implies. I got the following after hitting it a few times 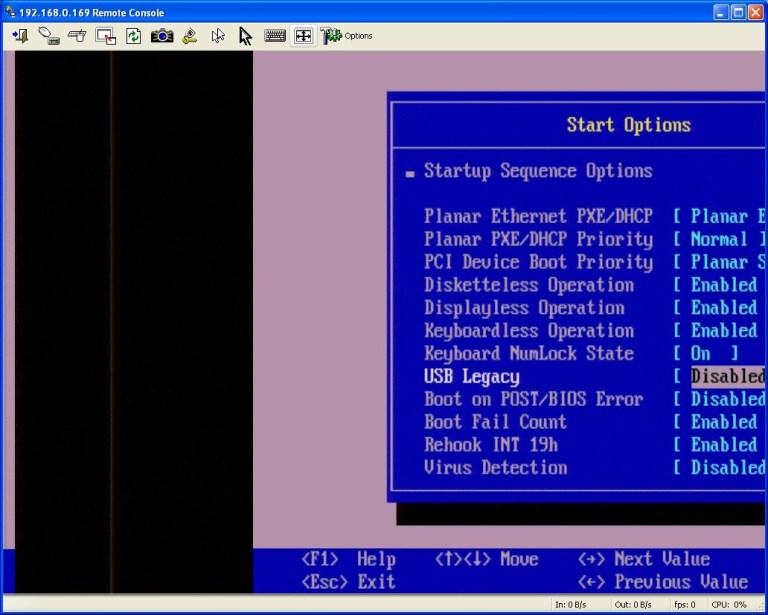 Calling support was relatively painless. Everyone who picked up the phone spoke english, and spoke it well. No sensations of calling third-rate support centers in the middle of some foreign country.

Speaking with Ian, he directed me to some interesting areas. Using the Web Interface, this set of options made it apparent what could have been wrong with Problem #2 on the prior screen. Some computers don’t like using USB input devices pre-boot. I checked and the USB Legacy setting was set, but I still think it had something to do with the USB being used for the keyboard input. 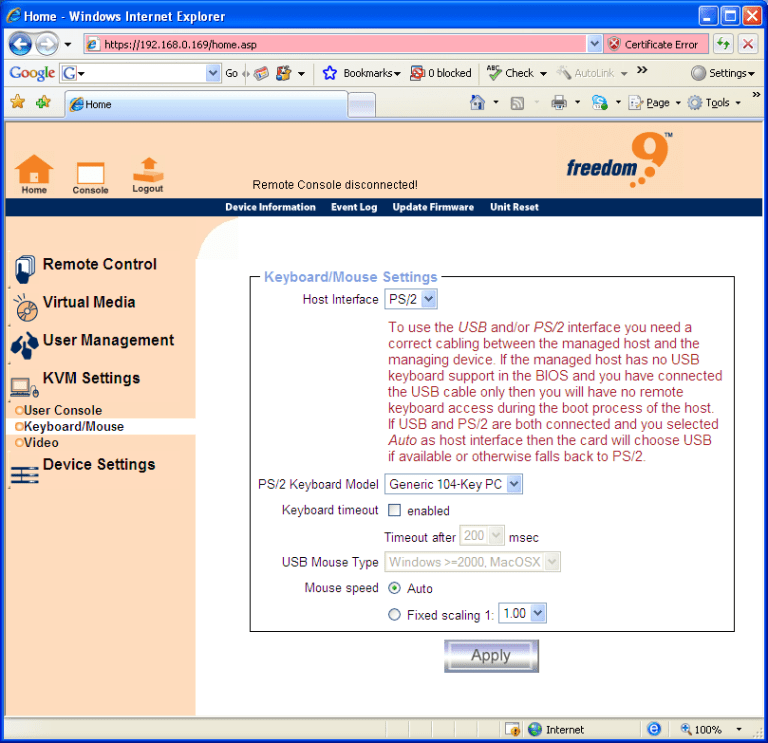 Today problem #2 seemed resolved before I spoke to Ian, because as I was testing it to tell him about it, the keyboard was working in the BIOS screens which it was not. He told me that the unit periodically resets portions of itself depending on the scenario. Considering the computer it was connected to was off overnight, perhaps it “fixed itself” via one of those resets. 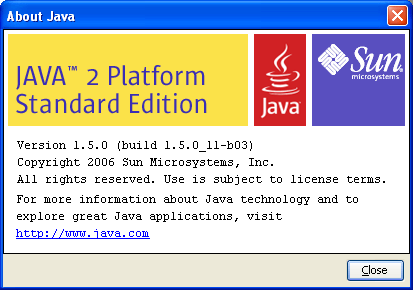 I didn’t make him wait on the phone, but after updating, it now shows this: 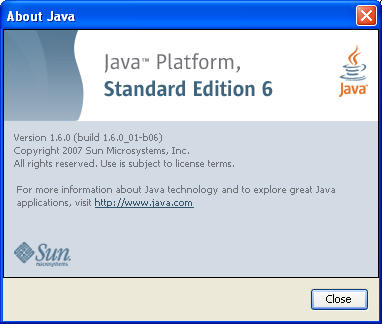 Receiving numerous questions, concerns, pointing out mistakes, Ian seemed to take each in stride, not becoming irritable or upset. Freedom9 has done well to hire him.

Mouse interaction w/ CentOS in KDE seemed erratic, similar to using the Remote Supervisor Adapter to access the RAID management tool from IBM. When I first used the freeView 100, it would not allow me to access any of the pre-boot screens using the keyboard or mouse. I think this was related to USB being used for the inputs, and not really well supported by the BIOS, since I had USB Legacy enabled and it didn’t seem to be helping. However, later it “cleared up”. I switched it to PS/2, and it worked well then too.

This server did not seem to be able to USB boot, but when I attached a USB -> IDE adapter and tried a Knoppix CD on a DVD drive I had, it didn’t boot either, and none of the boot options had USB. I think on this one, I was just out of luck for that.

The USB device was detected by CentOS after booting though

The laptop had about the worst experience. The mouse movement was erratic, no matter how many times I synced it, or how many mouse options I tried, how many times I reset the Keyboard/Mouse, or the entire device, it didn’t work right. The keyboard worked, but the mouse didn’t really work right.

Additionally, the laptop didn’t seem to want to output the screen to the monitor through the VGA port during the startup, at least when the laptop screen was also visible. After starting, I was able to see, and when the monitor was blank, the soft keyboard and IP KVM keyboard access did indeed work.

Below is an unmodified example of the image quality

Considering it’s only supposed to be for administration, it’s probably not critical to have super quality. Additionally, the bytes in/out indicate this product could be used over dialup speeds.